About The Poodle Dog

About The Poodle Dog

A Family-Owned Diner in Fife, WA

Since 1933, the Poodle Dog has been Fife’s original landmark restaurant. More than 80 years later, we are proud to continue the tradition of serving great food to our neighbors and friends.

We invite you to come visit our iconic restaurant and enjoy our famous food and legendary service from our Fife team. We also have banquet rooms available from 20 to 150 people. 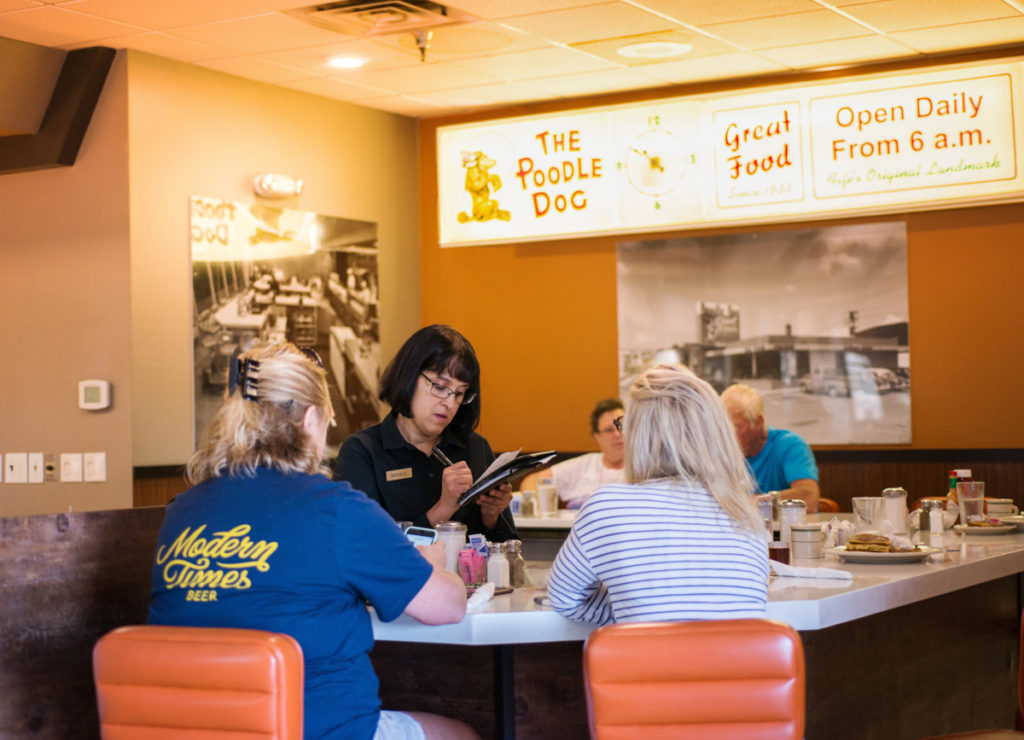 Named after the world famous Ritz’s Poodle Dog in San Francisco, Fife’s Poodle Dog had a less than glamorous beginning when it opened in 1933. Located behind the barber shop, it boasted two tables, a lunch counter with fifteen stools, and the best hamburgers in town, for the extravagant price of ten cents. The founders, Mac Manza and Jim Zarelli, each worked twelve hours a day, seven days a week so the place never closed. They soon began expanding the building and the menu, a pattern of growth that has made “The Poodle Dog” one of the best known restaurant landmarks in the state.